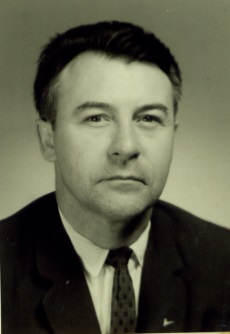 Abstract: Items related to Barry School of Social Work between 1965 and 1972. Items include news clippings, correspondence, postcards, business cards, programs of the Florida and Welfare Council, Barry commencement programs and lists of graduates, and other materials.

Dr. Henry A. McGinnins was the founding Dean of the Barry College School of Social Work in 1966. He received his Master's degree in Social Work from St. Louis University and his Ph.D in Sociology from St. John's University in New York. McGinnins held various positions in New York, including Associate Professor at Fordham University, Executive Director of Catholic Big Brothers, and supervisor of students for Catholic Charities Family Service. In Florida he was on the Executive Committee of the Dade County Welfare Planning Council, the Task Force of the Mental Health Association of Dade County, and President of the Florida Health and Welfare Council.

McGinnins was a frequent guest on local radio and television panels, conducted various workshops, and addressed numerous civic, religious and social welfare associations. He served as Social Work Dean at Barry until 1970, at which time he went into private practice in marriage counseling. He is listed in Outstanding Personalities of South, and Who's Who in Catholic America. In May 2003, he received the Lally Outstanding Alumni Merit Award from St. Louis University.

Processed by: Sr. Arnold Benedetto, 2009. Revised by Ximena Valdivia with the assistance of student Luis Khawly, 2012