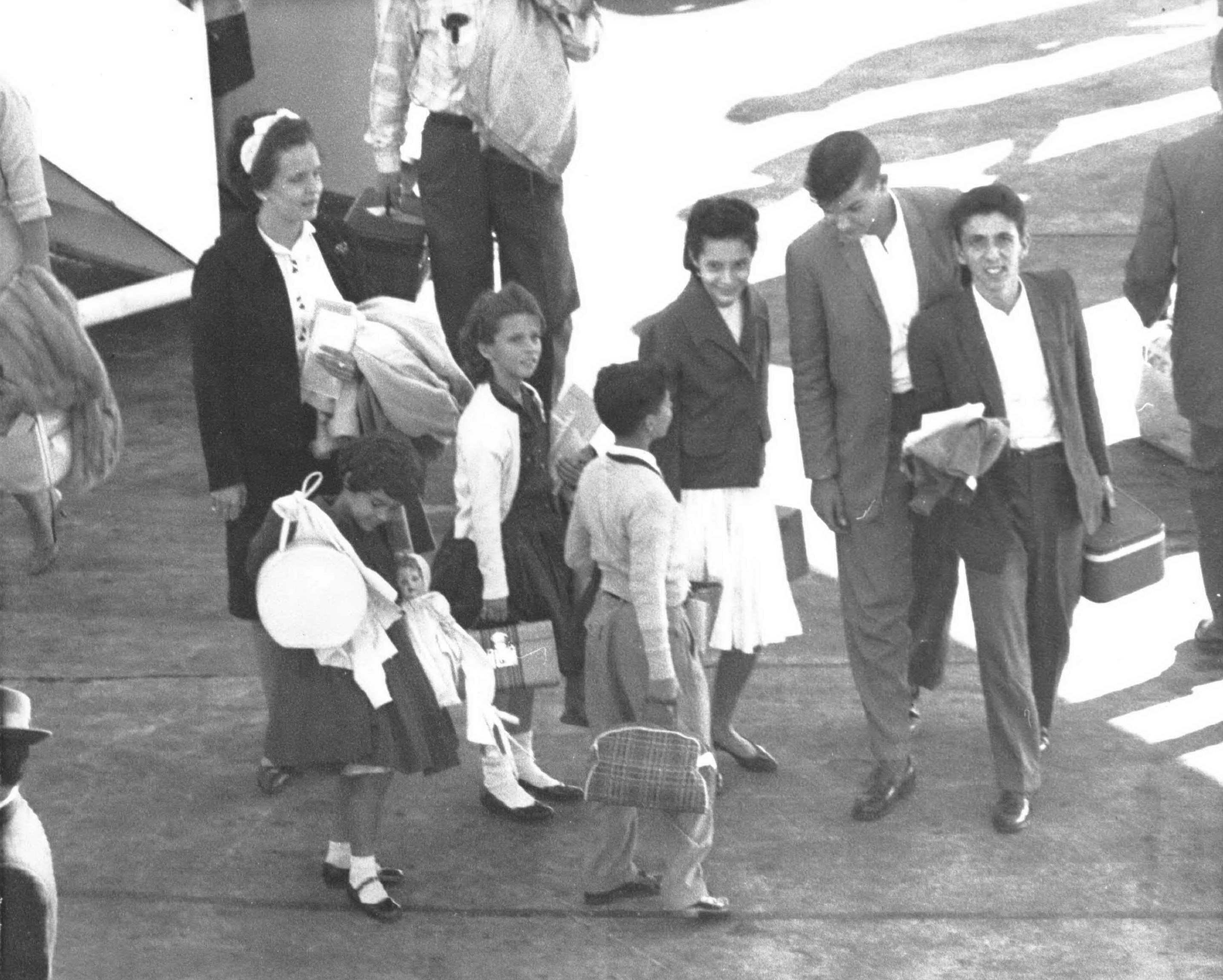 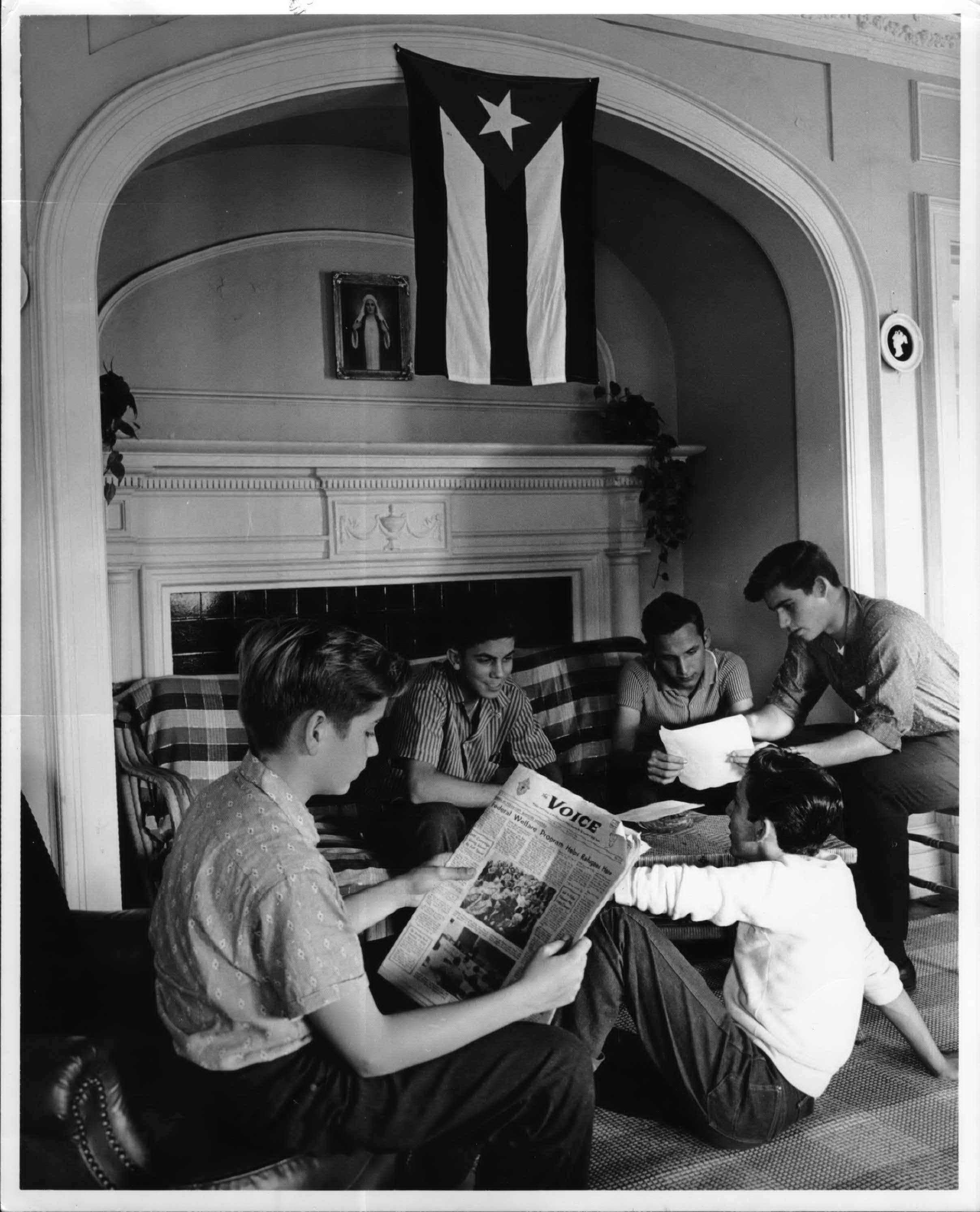 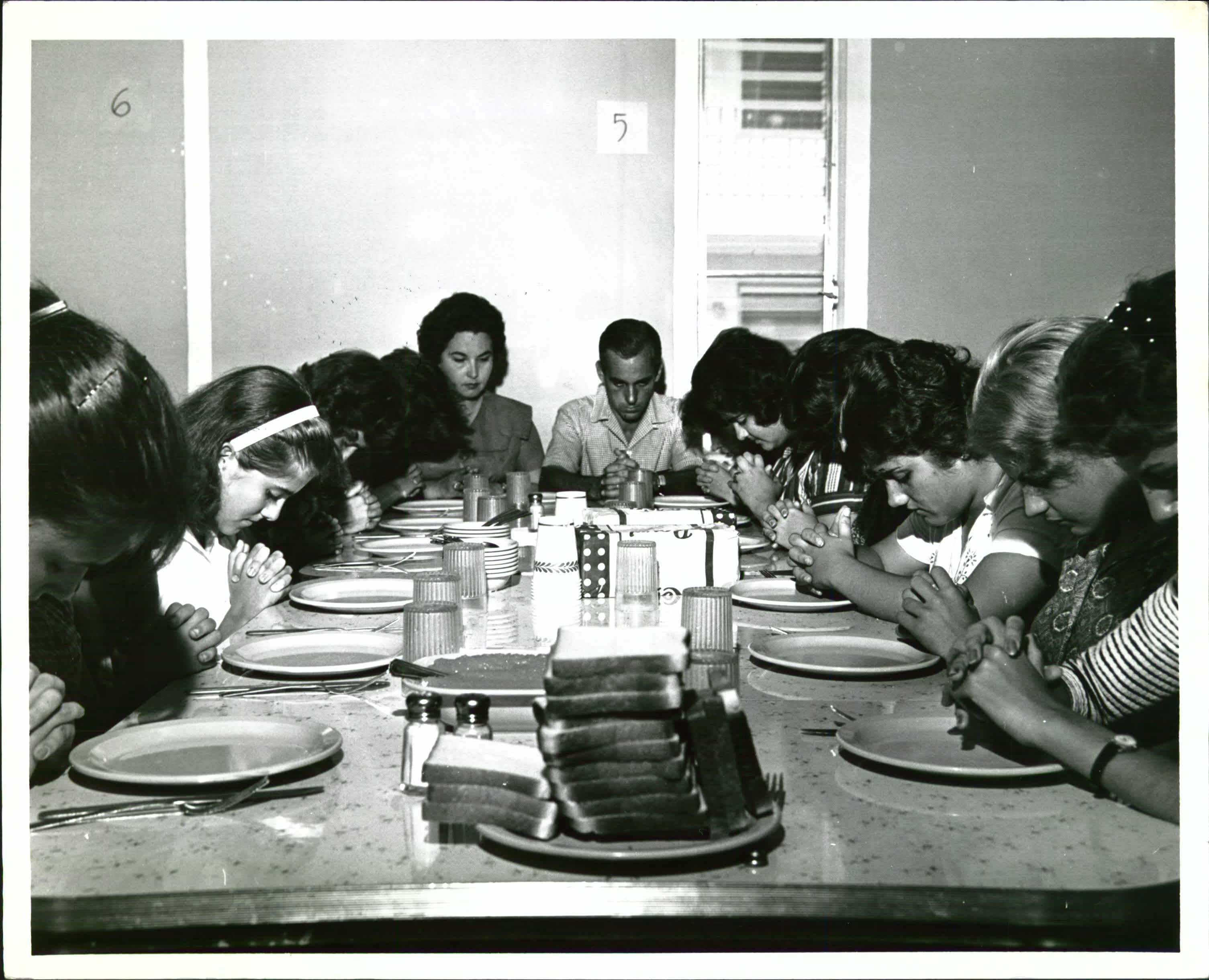 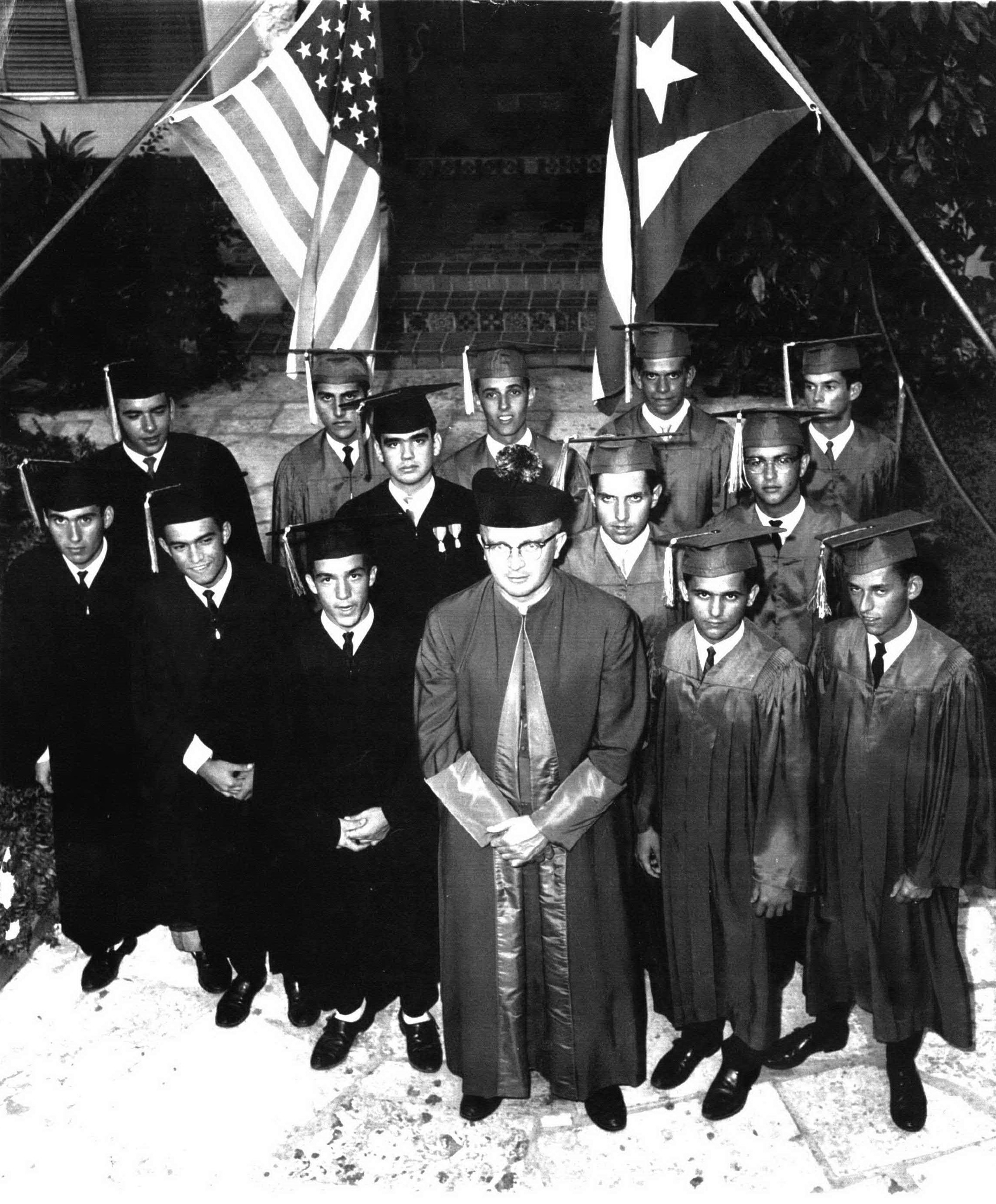 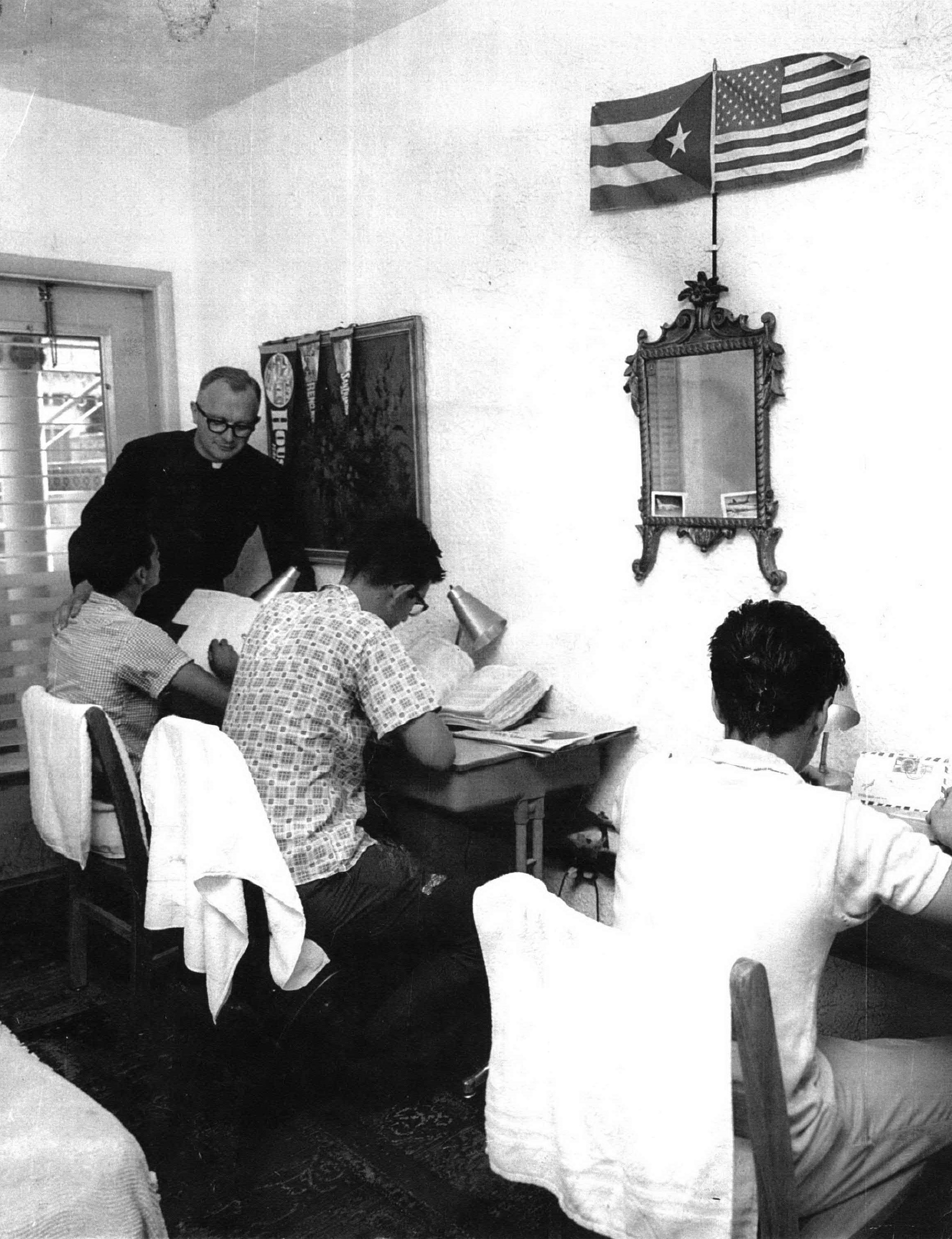 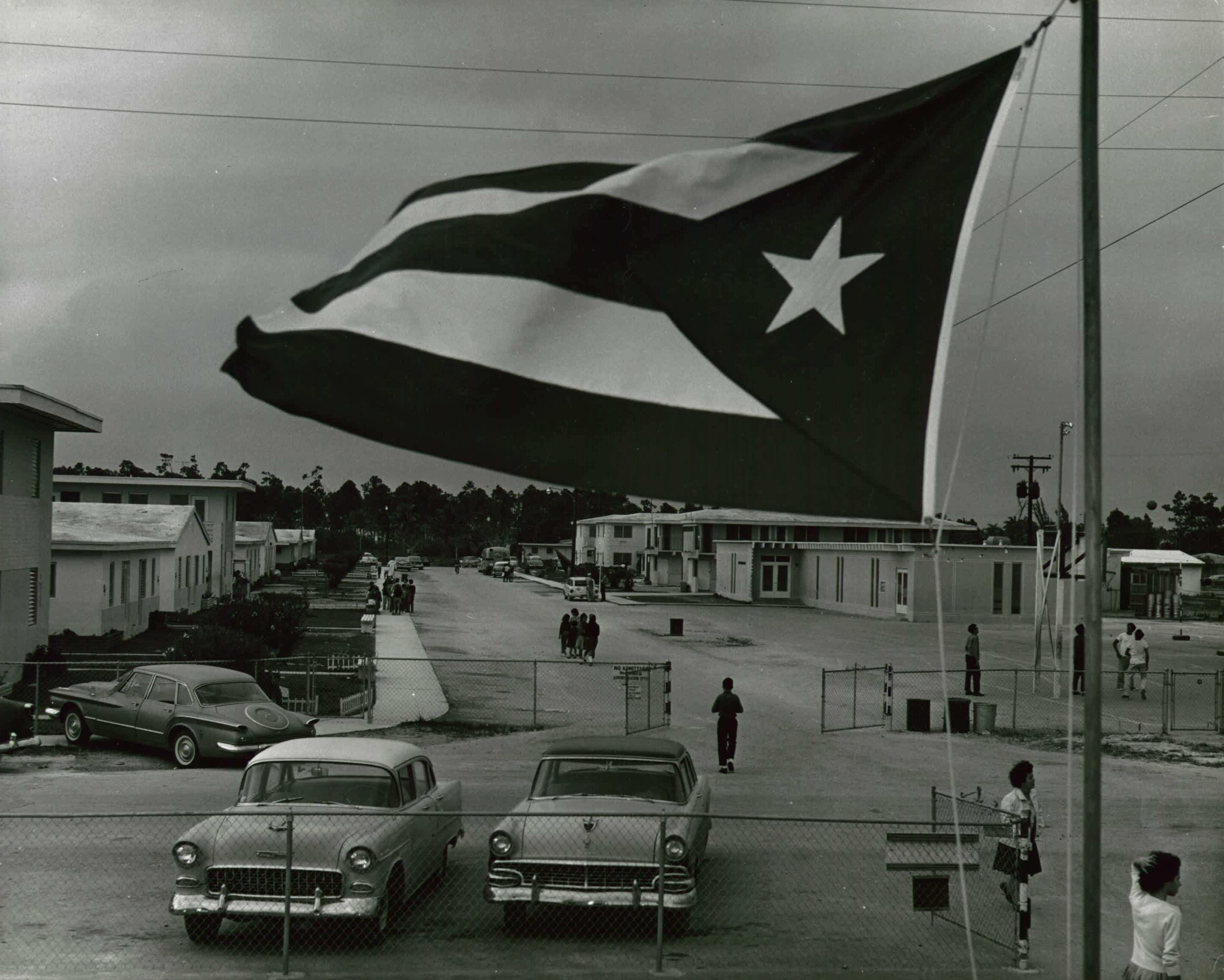 In January of 1959, most Cubans celebrated the overthrow of Dictator Fulgencio Batista and the promise of a new democratic era led by Fidel Castro and the revolutionary government. By the fall of the same year, however, an increasing number of Cubans became wary of Castro. Many feared that the inclusion of Communist party members in his government, coupled with the incarceration and execution of members of the opposition, indicated a drastic shift to the political left. Cubans began fleeing the country and their fears were later confirmed by Castro's alliance with the Soviet Union. Parents were confronted with making the life changing decision to ensure children’s safety and future and elected to send them to the U.S. until they could safely return or they could secure passage abroad for themselves in due time.

From 1960 to 1962, over 14,000 unaccompanied Cuban children left their homeland in what became the largest recorded unaccompanied child refugee exodus in the Western Hemisphere, later popularly known as "Operation Pedro Pan." Fearing children’s indoctrination by the newly installed communist government, parents entrusted their children’s fate to governmental and religious organizations in the United States.

In late 1960 Father Bryan O. Walsh, an Irish Immigrant priest and director of the Catholic Welfare Bureau in Miami, became aware of requests to provide temporary homes for Cuban refugee children in the U.S. He worked with the Children’s Welfare Program to develop the Cuban’s Children Program. This program would allow Catholic Bureau to offer shelter and education for unaccompanied minor children that were arriving from Cuba. Meanwhile, James Baker, headmaster of Ruston Academy, an American school in Havana, Cuba, was organizing a network of Cubans and expatriates to help get children out of the country.

Pedro was a 15 year old Cuban boy, alone in Miami when a man brought him to Father Walsh’s office in November 1960 and asked if the Church could care for him. A month earlier, he had been sent to relatives who were unable to take him in because they were in desperate straits themselves. Pedro, who was to give his name to the program, was the first of thousand unaccompanied Cuban children between the ages of six and 18 who would come to the United States during the following 24 months. Him and other 6,486 children received foster care in the Cuban Children’s Program either on their arrival or shortly thereafter.

To understand the difference between Operation Pedro Pan and the Cuban Children’s Program. The Cuban Children’s Program was inaugurated to provide foster care for Cuban refugee children who found themselves in the United States without the care and protection of their parents. Operation Pedro Pan was developed to help Cuban parents send their children unaccompanied to the United States to avoid Communist indoctrination. Both programs developed at the same time but, while Operation Pedro Pan terminated with the missile crisis, the Cuban Children’s Program was still in operation by early 1980s. After the break in diplomatic relations on January 3, 1961, the Catholic Welfare Bureau was authorized by the U.S. Department of State to notify parents in Cuba that visa requirements had been waived for their children. This enabled the children to travel by commercial flights to Miami.

Commercial flights between Cuba and the United States ceased with the Missile Crisis, October 1962. This began a three-year period during which travel was through third countries, like Spain and Mexico. Freedom Flights began in December 1, 1965 under an agreement between the two governments for the purpose of family reunion. Parents of unaccompanied minors were accorded first priority. Close to 90% of those still in care were reunited with their parents by June of 1966.

OPERATION PEDRO PAN GROUP, INC. is the Official National Charitable organization founded in 1991 by the former unaccompanied Cuban children. It was created to fulfill the Pledge of Thanksgiving given in 1990, in which they honor the sacrifice of their parents, the nation that welcomed them, and the person that made it all possible, Monsignor Bryan O. Walsh. OPPG Inc. is a non-partisan, non-sectarian and non-profit organization, tax exempt under Section 501 C3 of the Internal Revenue Code. Monsignor Bryan O. Walsh was the Chairperson of the organization until his death on December 20th, 2001. They obtained the Registration of their Trademark by the United States Patent and Trademark Office, Department of Commerce on December 1993.

1.    To sponsor, aid, assist and promote programs that benefit children in need. This includes children without parents (unaccompanied minors) and the needy, regardless of race, creed, color or religion.

2.    To document our history for the future generations and to spread the knowledge of our exodus as an important chapter of the history of Cuba and the United States.

3.    To locate and reunite those individuals who were part of the unaccompanied Cuban Children's Program and to share our experiences.