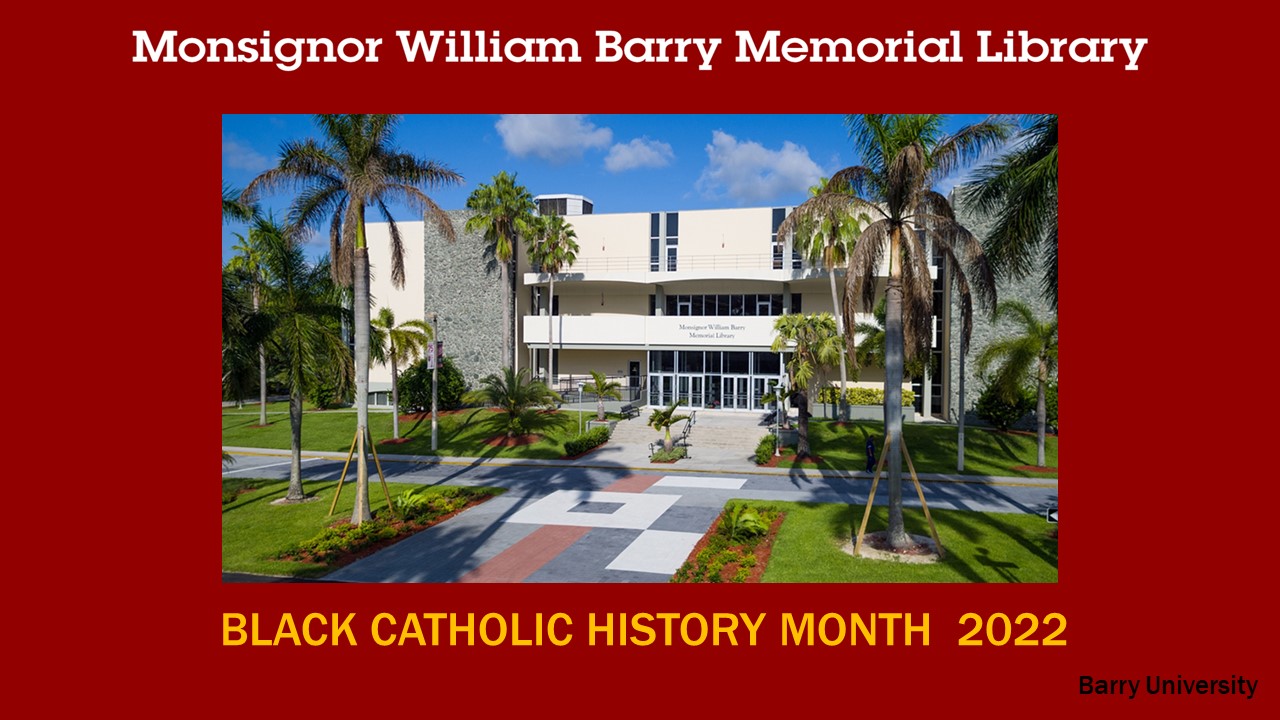 Meeting in Fordham University in New York, the National Black Catholic Clergy Caucus of the United States voted on Tuesday, July 24, 1990 to designate November as Black Catholic History Month. November marks a time when the Church prays for all saints and souls in loving remembrance, as well as a time to recall the saints and souls of Africa and the African Diaspora. The decision to designate November as Black Catholic History Month, also depended on the fact that a number of important dates to Catholics of African descent fell within this month. Read More.

Canonization is a solemn declaration by the pope in which a deceased member of the faithful is proposed as a model and intercessor to the Christian faithful and venerated as a saint on the basis of having lived a life of heroic virtue or having remained faithful to God through martyrdom [W. J. Levada, "Glossary," Catechism of the Catholic Church, 2d ed. (Washington 2000)].  Read More.

The article offers information related to "There are no African American saints. A lay Catholic group seeks to change that" by Alejandra Molina, which appeared in the periodical "National Catholic Reporter" on January 2022, is presented. Topic includes on Ralph Moore went into St. Pius Church in West Baltimore late one night with his friends and painted the statues of Jesus and Mary black a "parting shot" before he left Catholicism. Read More.

The article discusses the highlights of a special event held at the Saint Katharine Drexel Chapel at Xavier University of Louisiana to announce an effort to advance the canonization of Catholic African Americans Pierre Toussaint, Henriette Delille, Mary Elizabeth Lange, Augustus Tolton, and Julia Greeley. Also mentioned are the attendees at the event including members of the Joint Conference of Black Catholic Clergy, Black Sisters, and Black Catholic Seminarians, and Black Catholic Deacons. Read More.

These Women May Become the First African-American Catholic Saints (Video)

An activist from Baltimore started a letter-writing campaign to Pope Francis in hope that he canonizes the first Black Catholic saints from the US.  View Video.