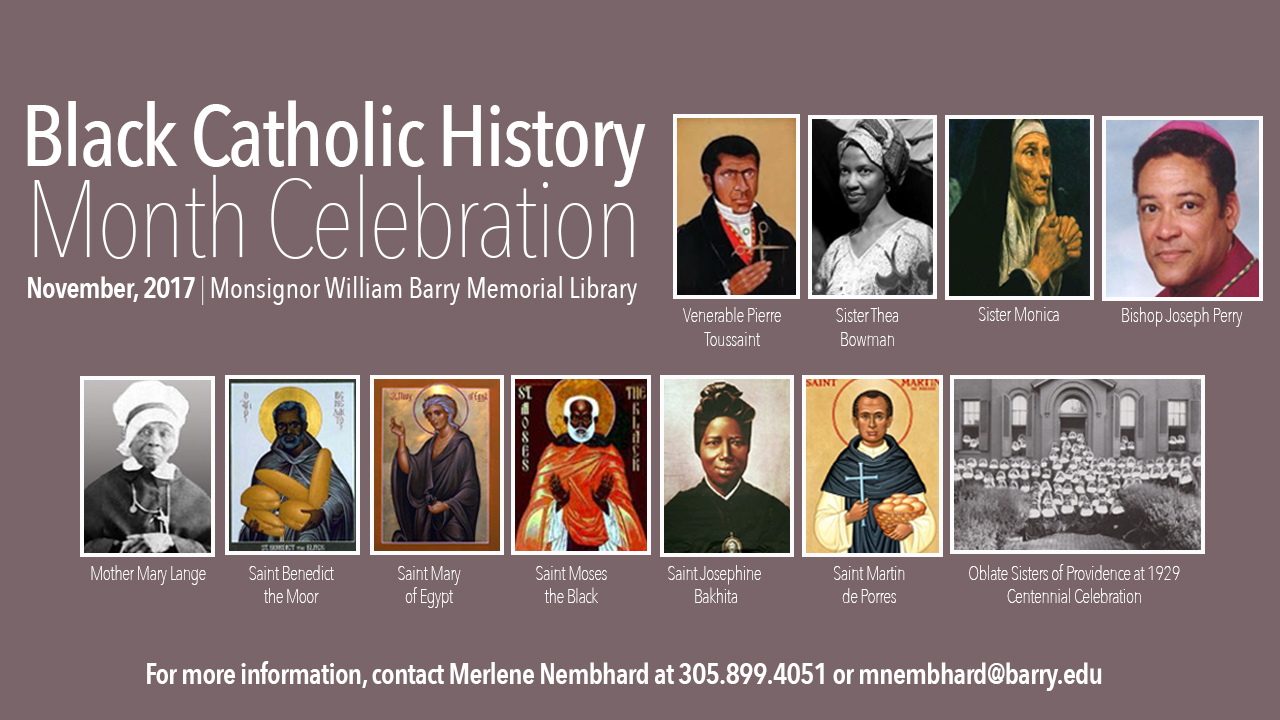 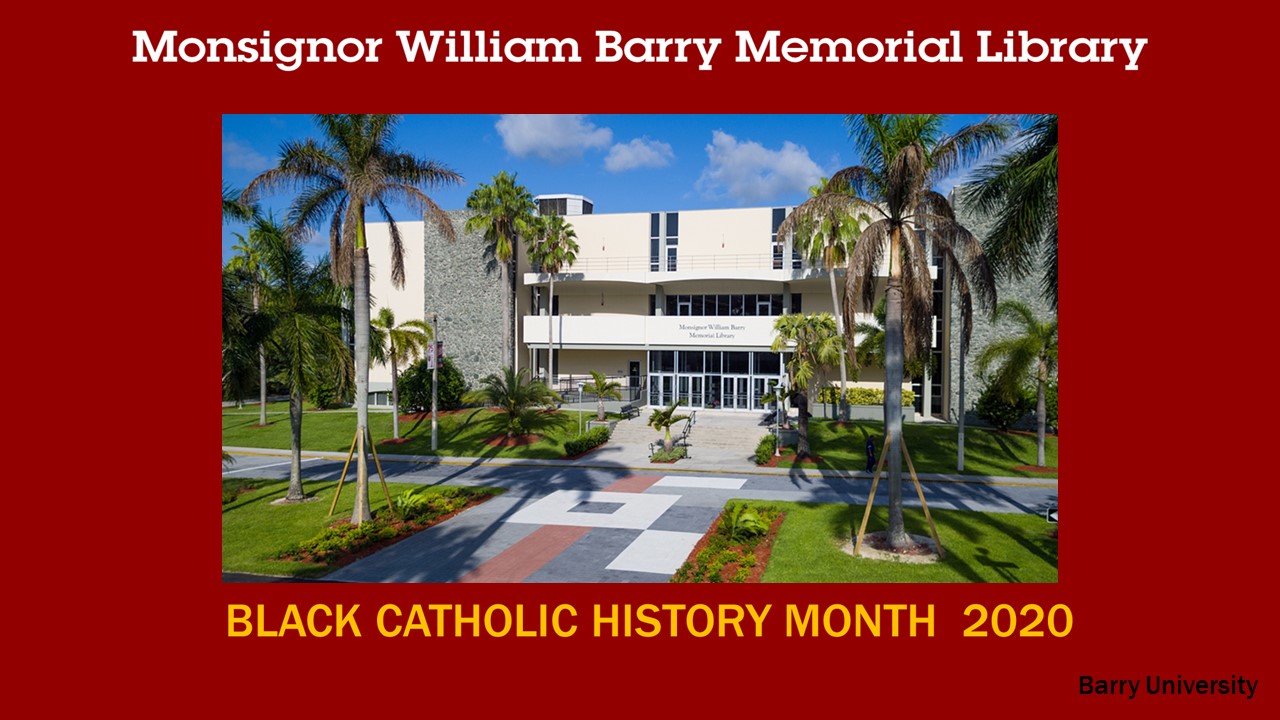 The National Black Catholic Clergy Caucus (NBCCC) of the United States voted on Tuesday, July 24, 1990 while meeting in convention at Fordham University in New York, to establish November as BLACK CATHOLIC HISTORY MONTH. The reason behind the selection of the month of November was the number of important dates to Catholics of African descent that fell within this month.  Read More.

Catholics first arrived in what is now the United States in the middle of the sixteenth century. The settlement, named in honor of St. Augustine, was made in what is now the northern part of Florida by Pedro Menéndez de Avilés in 1565. These first settlers were Spanish speaking, all were Catholics, and some were white and others black.  Read More.

Canonization is a solemn declaration by the pope in which a deceased member of the faithful is proposed as a model and intercessor to the Christian faithful and venerated as a saint on the basis of having lived a life of heroic virtue or having remained faithful to God through martyrdom. Read More.

The Oblate Sisters of Providence, an order of black nuns, pioneered in the area of black Catholic education in America. The order was founded in Baltimore in 1828 by a group of free women of color who had fled the turmoil of slave insurrections on the French island colony of San Domingo. Elizabeth Lange, one of the order's founding members, Read More.

Founded in New Orleans by St. Katharine DREXEL and the Sisters of the Blessed Sacrament (S.B.S.), Xavier University of Louisiana is the first and only historically black and Roman Catholic school of higher learning in North America.  Read More.