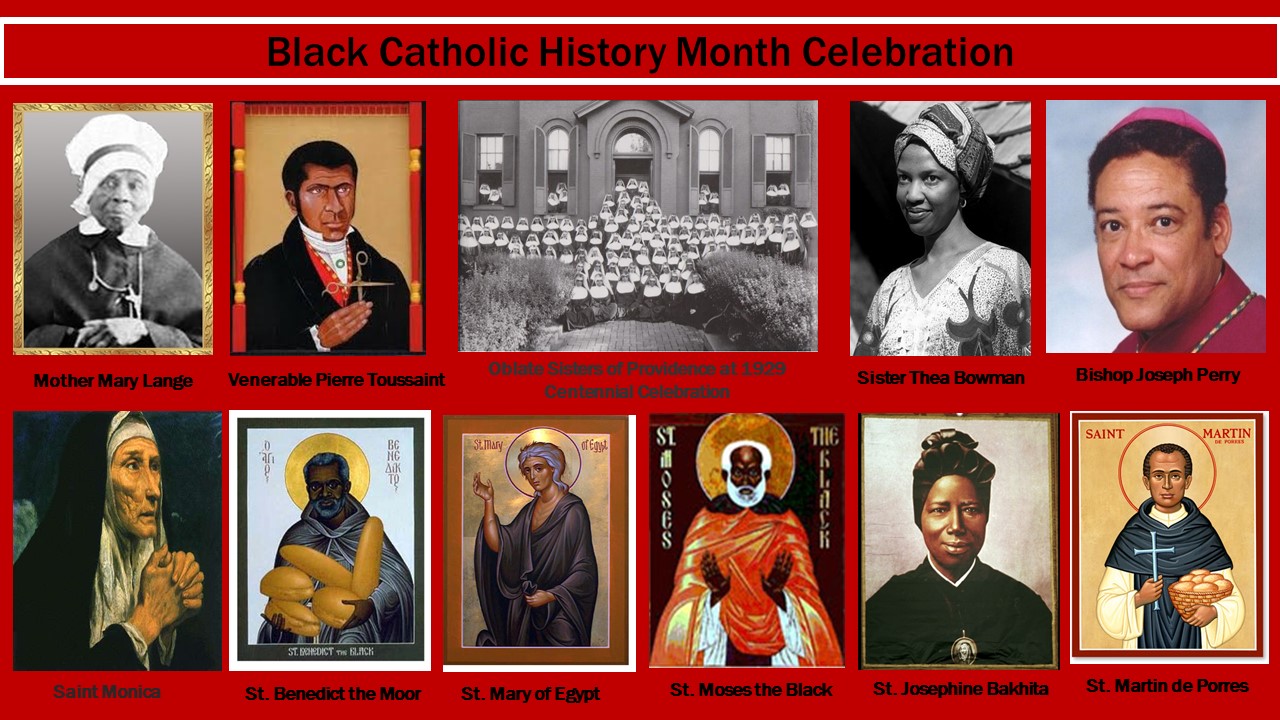 African American Catholics in the United States (History of)

Catholics first arrived in what is now the United States in the middle of the sixteenth century. The settlement, named in honor of St. Augustine, was made in what is now the northern part of Florida by Pedro Menéndez de Avilés in 1565. These first settlers were Spanish speaking, all were Catholics, and some were white and others black. In fact, on the first page of the baptismal register appear the names of infants who are described as black or mulattoes. The history of African American Catholics has its beginning with the history of the Catholic Church in America.  Read More.

The Oblate Sisters of Providence, an order of black nuns, pioneered in the area of black Catholic education in America. The order was founded in Baltimore in 1828 by a group of free women of color who had fled the turmoil of slave insurrections on the French island colony of San Domingo. Elizabeth Lange, one of the order's founding members, had already been involved in educating black children in Baltimore when she was  approached by a local priest with the idea of founding a "religious society of virgins and widows of color.".  Read More.