Type the keyword(s) you want to find. For example:

Use wildcards, boolean operators, limiters, and grouping for better results.

To find books specifically, add Limits such as: 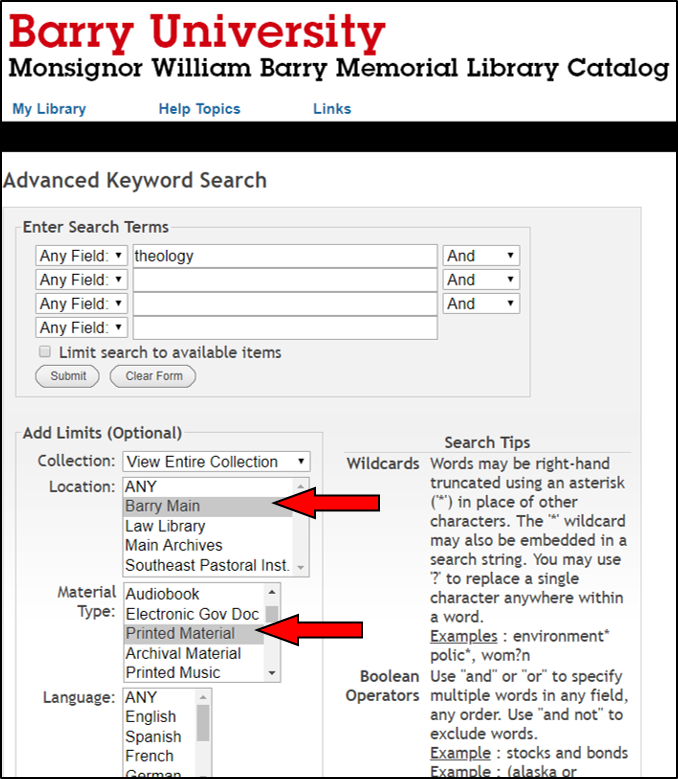 Google Books is a large, for the most part full text searchable, database with millions of scanned books from libraries or directly from publishers.

Selected books from the library's collection

Use the 'Subject' or 'Category' in the catalog record to find additional materials related to the title.