Overview of the Legislative Process

Enactment of a Law

by Robert B. Dove 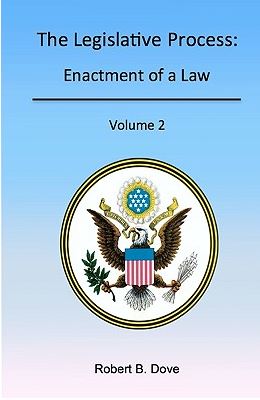 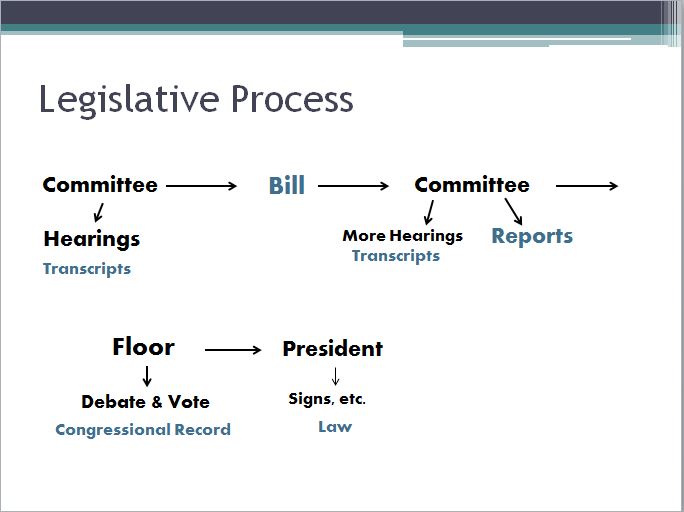 Documents of Legislative History
Bills & Proposed Resolutions
Proposed legislation comes in the form of bills or proposed resolutions. There can be many versions as the legislation works its way through the legislative process.
Bills & proposed resolutions can be found on Congress.gov, ProQuest Congressional, Lexis, and Westlaw.
Committee Hearing Transcripts
Committee hearings are a way for Congress to engage in fact-finding.  The committee invites witnesses, generally experts in the hearing's subject matter, to testify at the hearings.  The witness usually reads a prepared statement, then is questioned by committee members.  Prepared statements are often available before the full hearing transcript.
Committee hearing transcripts can be found at the various committee websites, while witness prepared statements can often (depending on the witness) be found on the website of the organization with which the witness is affiliated.  Hearing transcripts can also be found  on Congress.gov, ProQuest Congressional, Lexis, and Westlaw.
Committee Reports
When the committee decides to send the bill/resolution back to the full Congressional chamber for a vote, it generally send it back with a report that explains the changes the bill/resolution would make to current law and includes a section-by-section analysis to explain each section of the proposed law.
Committee reports can be found on Congress.gov, ProQuest Congressional, Lexis, and Westlaw.  See below.  Selected committee reports also appear in the United States Code Congressional and Administrative News (U.S.C.C.A.N.).
Congressional Floor Debate
Remarks made on the floor of the House and Senate are transcribed in the Congressional Record.
The Congressional Record can be found on Congress.gov, ProQuest Congressional, Lexis, and Westlaw. 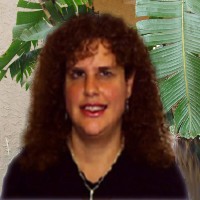